Conditions of sex work in the pandemic

COVID-19 pandemic is dramatically affecting the lives of sex workers. Due to the generalized criminalization of sex work, sex workers fall into the group of people most affected by the pandemic. Most of the #sexworkers are unable to access the social benefits set up as emergency measures by the governments. It is indeed a moment of despair and fear: many sex workers, some of them young, mostly women and trans people, are migrants, alone and without a family network to rely on; many are mothers and with their job they support the whole family.

In these weeks and even more in the weeks ahead, the #emergency will be pushing many of them to the brink of the abyss, giving rise to increasingly grave conditions of hardship and poverty. And it is bound to get worse. People who are engaging in prostitution activities in free, agreed or forced form are already in a position of human and social vulnerability, but now they face the risk of falling into extreme poverty. They might be forced to resume work out of sheer necessity, disregarding the epidemiological measures, exposing themselves to the prosecution and risking their own and collective health.

For these reasons, sex work support groups, associations and unions in many countries are organizing. In addition to distributing food and medicines, various initiatives have opened mutual aid and donation funds to financially support the sex workers. These are some examples: 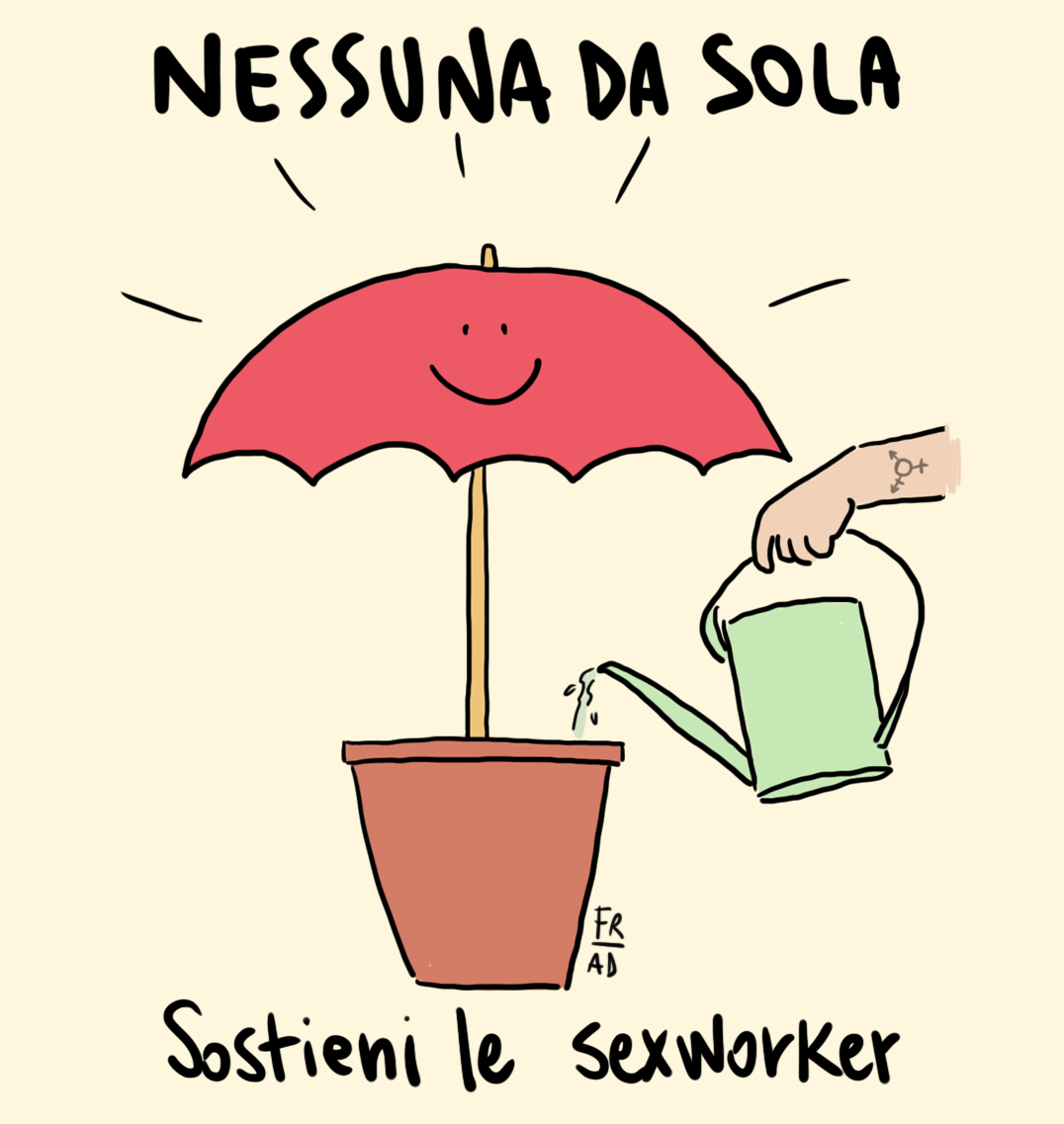 “We want to break the silence and stand by the side of all the sex workers who are most vulnerable in this emergency situation. For this reason, we are launching a network of solidarity that can help in concrete terms and reach as many people as possible through the national anti-trafficking platform, associations and collectives that have been working for years to support the complex reality of sex work. All the money donated will be used to financially and materially assist male and female workers in situations of extreme need.” 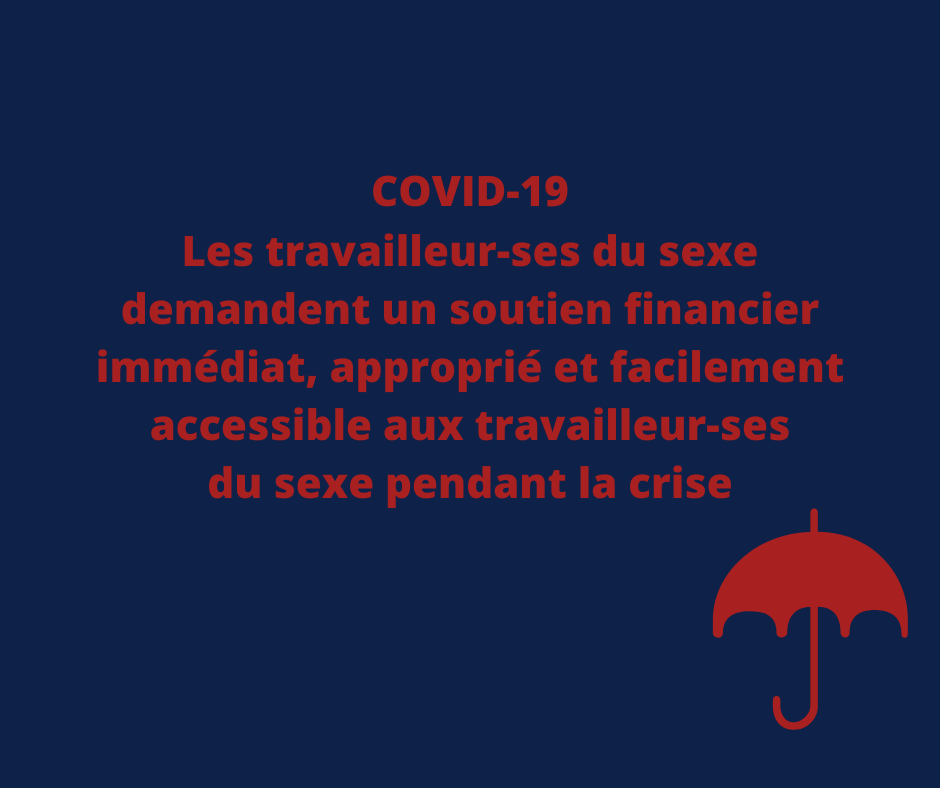 “FAST (Action Social Fund for Trans) is a good example of the extent to which the most invisible populations and those most affected by social inequality need help. It was not created in direct connection with the Covid-19 but it responds to problems that we have always encountered and that have been only amplified in the current epidemic.” 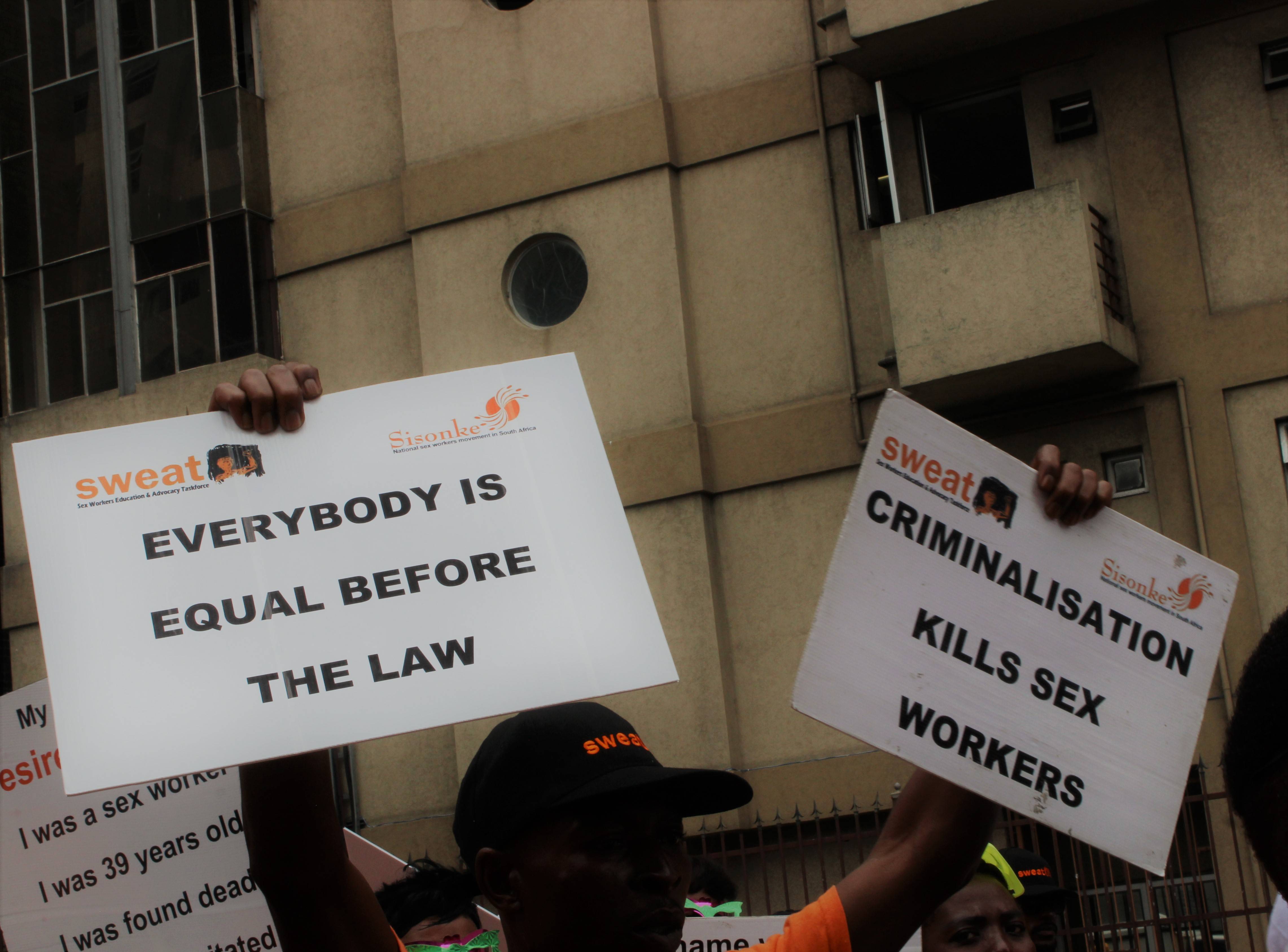 “SWARM is launching a hardship fund to help the sex workers who are most in need. All donations made to SWARM from 13th March - 30th April will go directly to this fund, and will provide mutual aid to sex workers in the UK who are in severe financial hardship. We are asking for donations from allies, from organisations, and from other sex workers who feel in a position to help. Please support the sex worker community during this uncertain time.” [^1] 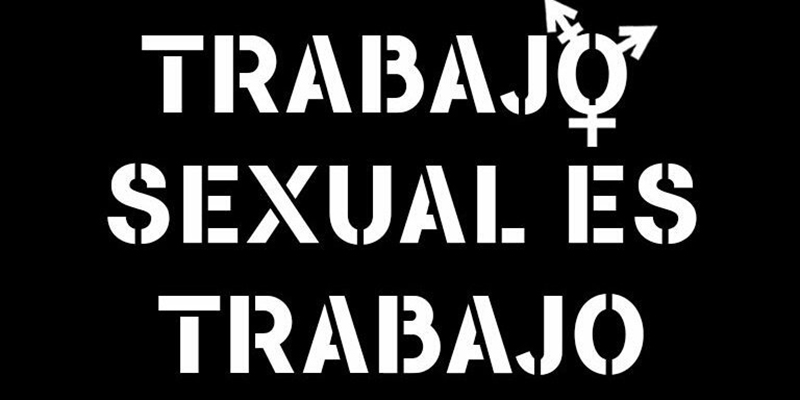 “As sex workers, crossed by migration, race, class and gender identity, we are especially vulnerable to this pandemic: due to the fact that we do not count as workers with rights, we face a total State invisibility.”